It’s October, and as the leaves fall from the trees and the nights get longer, strange shadows are cast across the road…

This month, we’re looking at ghosts and ghouls and all manner of things that go BUMP in the night!

Gallup Polls seek the opinions of Canadians on a variety of issues. Between 1979 and 1994, pollsters asked several times about Canadians’ belief in ghosts and witches, allowing us to track patterns of belief over time. 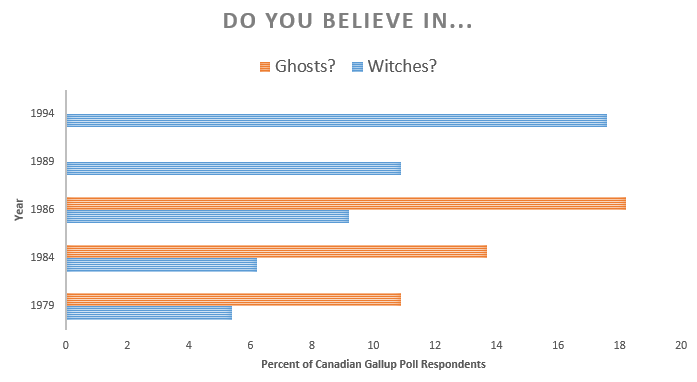 This polygon map layer includes the locations of cemeteries and burial places across Canada, including historical cemeteries such as the Toronto Necropolis. 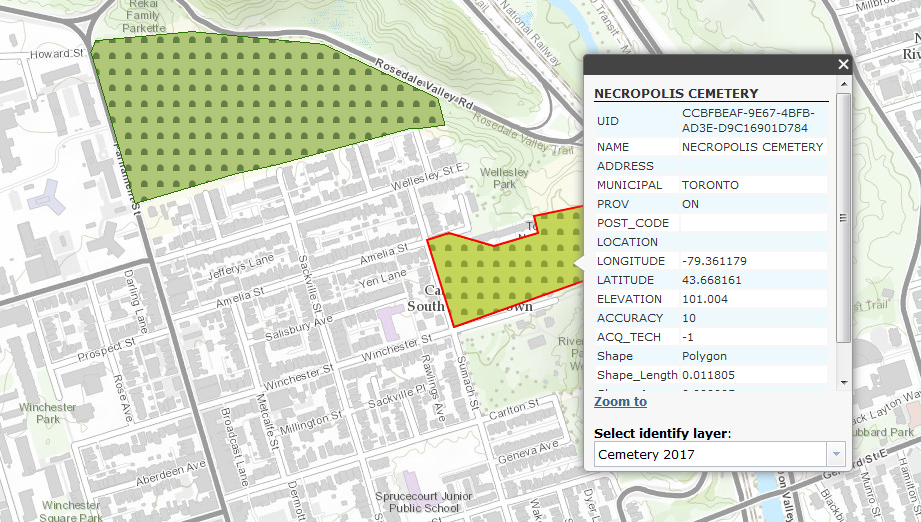