What is descriptive metadata?

In the context of this guide, “descriptive metadata” means structured information that aids in understanding and accessing the files intended for preservation in a stored AIP or DIP. Descriptive metadata provides details about content and context: what the materials in the package are, who created them, when they were created, and context for their creation and acquisition. Therefore, descriptive metadata here is not dissimilar from the standard set of elements found in a finding aid or library catalogue. The difference is that it is specific to the files intended to be preserved in the AIP, and it is generally not intended to replace the more detailed and interactive systems for describing collections and enabling discovery for users.

Generally, we are also talking about the information that would be presented to users in order for them to understand the files. So, for a package of digitized photographs, descriptive metadata fields would be used to identify the photos’ titles, subjects, creators and more – and (usually) not to identify details about the digitization process or the archivist who completed this work. 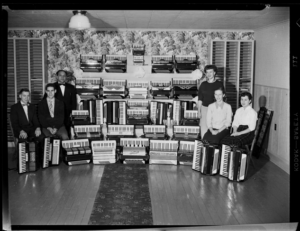 Why do I have to include descriptive metadata?

You don’t have to include descriptive metadata, but it’s a good idea to have some kind of human-readable description to travel along with your AIP into the future so that some person in the year 2150 will know what is in there and where it came from, especially if your main description and access infrastructure no longer exists. Similarly, including descriptive metadata in an AIP could allow you to regenerate basic descriptions of your collections as a method of final resort in the event that data in an access system is lost.

On a more immediate level, descriptive metadata allows METS files created by Archivematica to be searchable by something other than the file names of items in the transfer. Furthermore, if you send a DIP to AtoM, AtoM can ingest some of the descriptive metadata, thereby preventing the need to add it there manually later on. More details on this workflow are included in the AtoM page of this guide.

What is the relationship between a transfer and a fonds/collection?

Archivists and like professionals often make the distinction between the logical or intellectual arrangement of materials and their physical arrangement. A single transfer (and therefore a resulting AIP after processing in Archivematica) could comprise the files that make up an entire fonds, but multiple separate transfers could also comprise a single fonds or collection. Similar to processing paper-based materials into single or multiple boxes, some digital fonds fit in a single AIP, and some might need multiple AIPs. It is also possible to relate multiple AIPs in Archivematica using the concept of the Archival Information Collection.

How an archivist chooses to physically arrange materials can be based on several variables. One example would be the timing of accessions which make up part of a fonds: items may be physically arranged into AIPs in a particular way because they were accessioned at different times. Another relates to the size of transfers, particularly since most Archivematica installations have limitations such as available processing space and computing capacity. A third variable could relate to the intended method of access, as Archivematica’s workflow with AtoM means that whatever is in the AIP for storage is also in the DIP for access (with the exception of uses of the Appraisal tab to rearrange SIPs). Connecting to AtoM (as discussed in the AtoM page of this guide) means that the contents of a dissemination package will be attached to a particular description in AtoM. If there is a series or file level description that digital access copies will be attached to, it is advisable to ensure that only the items relevant to that series or file are contained in a transfer. As such, this may necessitate some physical arrangement of the digital materials, either before ingest into Archivematica, or using Archivematica’s Appraisal tab functionality. But if there is no intention to give direct user access to digital materials (such as when there are already access copies available in a public repository), then packaging a transfer in large chunks may be just as functional as long as the archivist and the Archivematica instance have the capacity to process it and downloading the AIP when needed is not too cumbersome.

What is the difference between descriptive metadata and a finding aid or catalogue entry?

Descriptive metadata in a transfer package does not replace a finding aid or catalogue entry, since these will typically remain the key methods by which information about collections is stored and accessed. Descriptive metadata is generally limited to describing just the items in the transfer package itself, since a single fonds or collection may have many component AIPs/DIPs. Similarly, it would not usually include the more detailed biographical or administrative histories seen in a standard finding aid or other source. Most descriptive metadata will consist of statements that provide context to the materials in the transfer, including the names of creators, identifiers such as accession numbers, and titles and dates.

Some institutions choose to include finding aids as part of a transfer package, such as EAD files exported from descriptive systems or PDFs. However, these are not parsed into the METS file. Should the institution update the source description, it also means that the copy of the finding aid in the AIP may need to be updated.

How is descriptive metadata implemented in Archivematica?

Descriptive metadata is implemented in Archivematica through the ingest of structured metadata and the output of this information written to a METS XML file describing both the contents and the provenance of the transfer. Descriptive metadata is recorded in the dmdSec section of the METS file, which is the first main section after the header. If present, each entry under dmdSec applies metadata at increasing levels of granularity, starting with the whole package, followed by folders within the package, and then individual items. See below for a description of how these levels for metadata work in Archivematica, and see the “How to Interpret the METS File” page of this guide for an understanding of how these different levels appear in METS.

What levels of descriptive metadata are available?

Archivematica can assign descriptive metadata at three levels of detail. All three can be used individually or together.

Note that descriptive metadata only applies to the preservation files in the transfer, not to supporting or contextual materials created by the archivist, such as the metadata files or files in the submission documentation subfolder.

This metadata describes the entire transfer. It would relate to all original items in the transfer and therefore is likely to be more general in scope than folder or item level metadata.

Transfer metadata can be:

Transfer metadata is commonly used for transfers where more detailed item or folder descriptions do not exist or would be unnecessary or laborious.

This metadata describes individual files in the transfer. It is the most specific of the three levels.

How is metadata entered into Archivematica?

Metadata is entered into Archivematica in two ways: via CSV import and via the interface.

How much detail should I include?

It’s up to you to determine how much detail to include in descriptive metadata and depends largely on what information you have available and what resources you wish to devote to structuring and preparing this metadata. For many transfers, a simple set of descriptive metadata elements at the highest (transfer) level is appropriate. Item or folder metadata should not be entered unless it adds additional, more granular detail. In the same manner as many archival descriptive standards, it is not necessary to repeat information at lower levels if it is stated at a higher level. Therefore, transfer or folder metadata does not need to be repeated again at the item level: item-level metadata should be unique to that particular item unless it is important to include for workflows with access systems.

Born-digital archival materials will tend to lack item metadata in the same way that archivists do not usually describe analogue materials at the item level, though other information about these objects will be recorded elsewhere in the METS as a result of file identification, characterization and validation processes, among others. Digitized materials such as photo collections are more likely to have item-level metadata if it has been gathered and created during the digitization process, such as titles and dates, and so therefore might be added or transformed from existing sources.

What standards are used for entering descriptive metadata?

Anyone using Archivematica’s descriptive metadata functions should review and identify crosswalks to Dublin Core before preparing this metadata, or identify whether it makes more sense to perform these transformations or use other metadata standards.

When uploading metadata using a CSV file, you can also include extended Dublin Core fields and custom metadata.

Additional metadata can be added to CSVs in custom fields. The downside of custom metadata is that the associated standard will not be linked or identified, and so would be ideally documented elsewhere in the AIP or in an additional field. Custom metadata is recorded as MDTYPE=OTHER in the METS file.

While this guide refers to structured descriptive metadata that is written to METS, note that other kinds of metadata files can be added to a transfer as contextual documents, such an EAD XML file describing the transfer in more detail, or a DFXML file that was produced as part of a disk imaging process. These files are not written to the METS file and would be processed in a transfer as additional files. However, they can be included in the metadata folder within the Archivematica transfer structure.